An OFW in Saudi Arabia narrates his Martial Law experience

“Our salaries were paid in US Dollars, as mandated by the agreement (Saudi-Philippines) signed by President Ferdinand E. Marcos, and monitored by the Department of Labor then. Accounts were opened at Citibank which allowed withdrawal in US Dollars with no extra charge.” –  Alberto Mega

I was a young 13-year old at the time of Martial Law. Up until college, I liked it that there were no fears about drugs, holdups and other harsh crimes. As a working student, I walked from Morayta to Rizal Avenue without issues, to board a bus to EDSA-Frisco with a travel time of 30 minutes or less. Makati was wonderful and very disciplined. Police women were tough and made people toe the line. No one dared to jaywalk even. Luneta was clean and safe. There was a skating rink and beautiful gardens. Soothing Music was played all over the place. There was a weekly Concert at the Park. Foreign artists performed at the CCP and Miss Universe was held at the FAT. We we biked and had picnics around the reclaimed grounds. We took enjoyable PNR rides from Tutuban up to Dagupan, then rode Pantranco to Baguio with a travel time of 1.5 hours, while enjoying sweet mangoes, patopat, boiled mani and grilled mais, along with tupig, singkamas and other delicacies. Burnham Park was clean and free from elements. After a walk there and a visit to the Baguio Cathedral, we ate meals cooked with fresh vegetables for less than Php10, inclusive of drinks.  Steak Dinners at Camp John Hay were formal, very enjoyable events, with live Orchestra music. We also went to the White Beach of San Fabian, Agoo and Bonuan that were better than Boracay. In Pozorubio and Manaoag, we climbed various sineguelas trees with green, yellow and red fruits. Side trips to Calasiao delighted us with puto, bibingka, suman and sweet mangga. 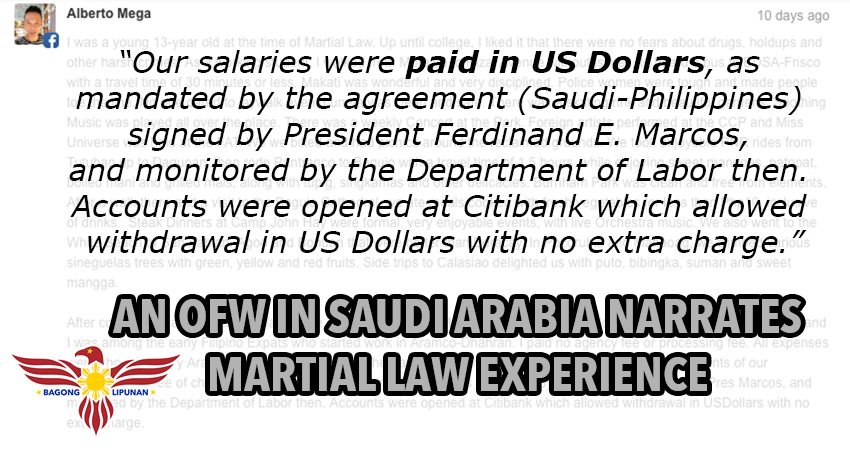 After college and a short stint in Makati, the official visit of Pres Marcos and First Lady Imelda to Saudi Arabia opened doors, and I was among the early Filipino Expats who started work in Aramco-Dhahran. I paid no agency fee or processing fee. All expenses were shouldered by Aramco which also processed the transfer of 70% of our total wages directly to the accounts of our beneficiaries, free of charge. Our salaries were paid in US Dollars, as mandated by the agreement (Saudi-Philippines) signed by President Ferdinand E. Marcos, and monitored by the Department of Labor then. Accounts were opened at Citibank which allowed withdrawal in US Dollars with no extra charge.
To this day, after Marcos, Cory, Ramos, Arroyo and Pnoy, I remain with my family in Saudi Arabia, the country that treated us well through the accords established by the Marcos administration. Many complained about the “harsh” discipline and strict rules, but, hey, if you follow the norm there are no issues. In here, every resident has an ID card called Iqama which holds every detail about the individual, i.e., full name, passport, blood type, company, work position, salary, phone number, bank account, driver license, car registration, civil status, wife and children. They have automated speed cameras called SAHER. Once you get flashed, notice immediately comes to your registered mobile phone. Information includes the time, date and location of the violation, providing a satellite map where the violation occurred. You must pay the fine within 30 days, or it gets doubled. A violator cannot leave the country either because the immigration system will show the violation and he will be mandated to settle before boarding. Payments can be done online or through ATMs.
These are my experiences since the Marcos Martial Law; if Martial Law brings in peace, discipline and prosperity, YES, bring it on. 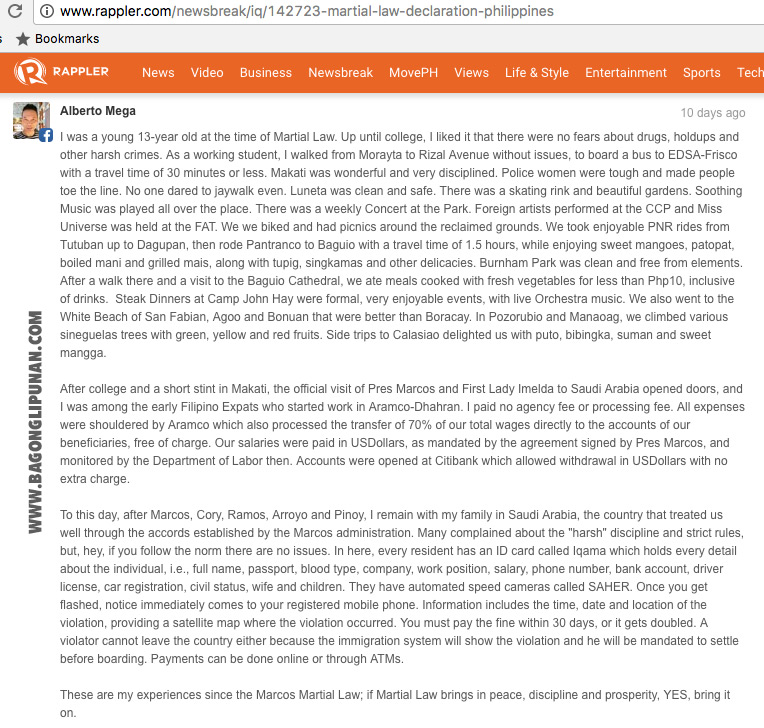 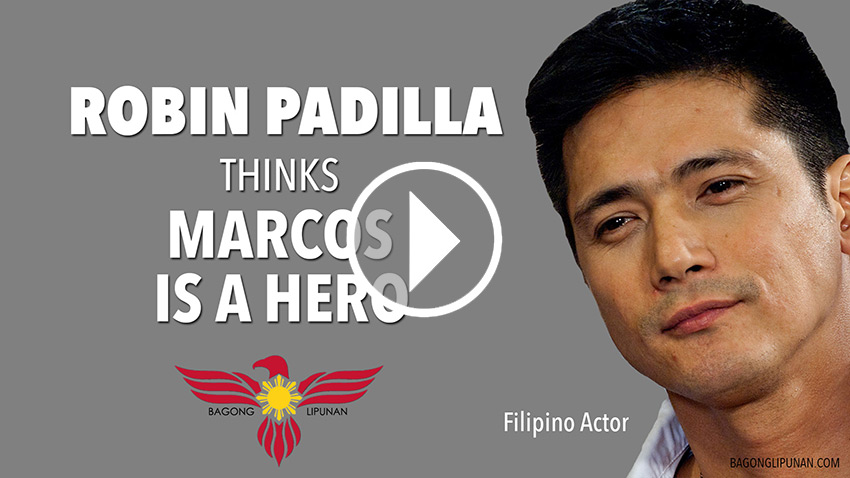