…Frank Starr implicates Col. Lino Aragon Angara, nephew of the late Pres. Quezon, in a plot to assassinate me on July 17, 1972.

The sworn statement of Starr which is hereto attached is apparently credible and has the marks of authenticity.

Starr says he told me (Angara) of his contacts often with the Hon. Vice President Fernando Lopez and this report is made in sincere interest to [illegible] maneuver and shape or form to breed distrust between the President and Vice President of the RP. But in fairness to the Truth, and facts statements must be made accordingly.

“I spoke to him (Angara) on at least 7 telephone calls and he said he had gone down to meet the Vice President Lopez in his home province.”

This is not the first time that the Lopezes have conspired against my life. Since 1969 they have so at least three times.

The old plot of Eleuterio Adevoso under Osmeña was connected to the Lopezes.

And the Lopez financial and propaganda support for the NPA through Heny Lopez and the ABS-CBN included as one of the objectives my assassination. Thru Commander Melody of the NPA was assigned to this mission. Commander Melody confessed this. 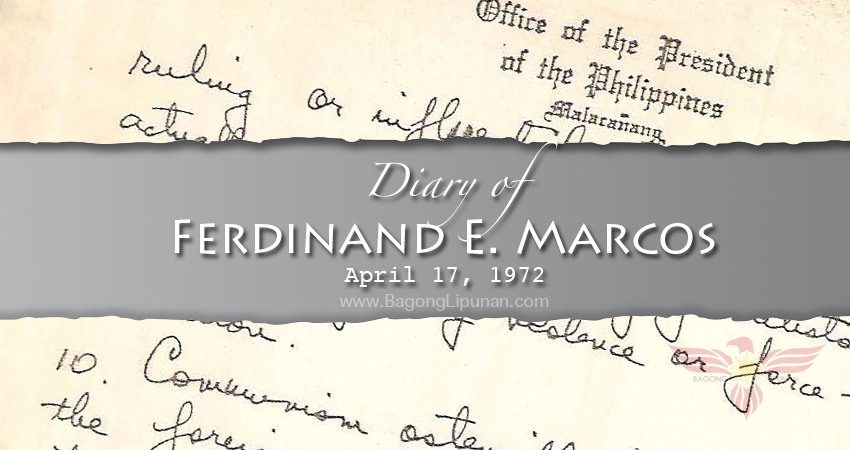 On the Adevoso plot, our asset within the conspiracy, Joe , revealed that the Osmeña and Lopez camps were involved.

Then when on January 1970, Lopez and I parted ways, Serging Osmena suggested to Iñing Lopez my assassination and this idea was picked up and being implemented.

Chino Roces had in 1979 repeatedly voiced his demand that I be liquidated as this was the only way for them (the activists) to take over.

And Roces and Iñing Lopez have joined in partnership against us.

They have also joined hands to blacken my character. Thus they contrived the Dovie Beams case. The funds sent to her in California have been traced as coming from the Lopez camp.

They escalating demonstrations, mobs and riots, all supported by the Lopezes.

And now the Lopezes have joined up with Roxas and his father-in-law, Amading Araneta.

But apparently they are desperate and may be planning assassination to prevent my declaring Martial Law! 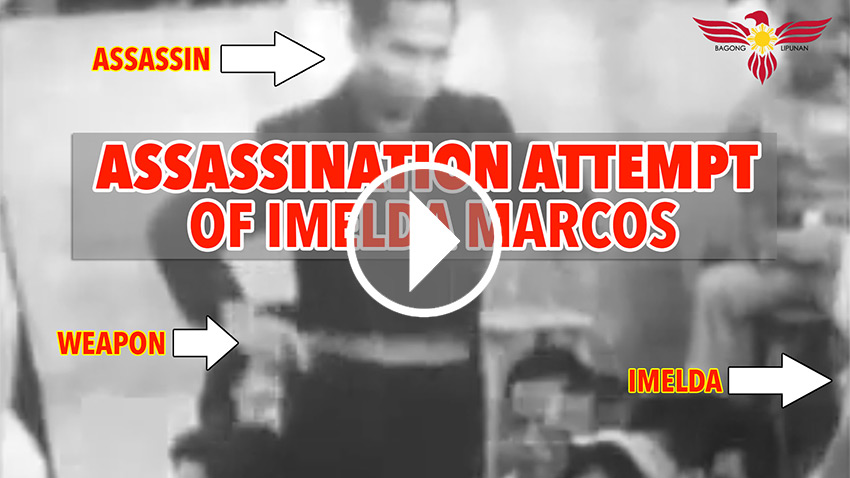