The doctors advise rest and no work for some time. Even Dr. Tamesis, my optometrist, also recommends no reading for long stretches of time.

Am calling the Congress to a fourth Special Session beginning midnight tonight, inasmuch as they have not approved any of the urgent bill needed for reconstruction and rehabilitation.

Directed Gen. Params of Task Force Soranay to prepare for any eventuality, including possible training in Isabela of 2,500 NPA’s for use for attack on Manila and a total of 10,000 NPA’s for the whole country. 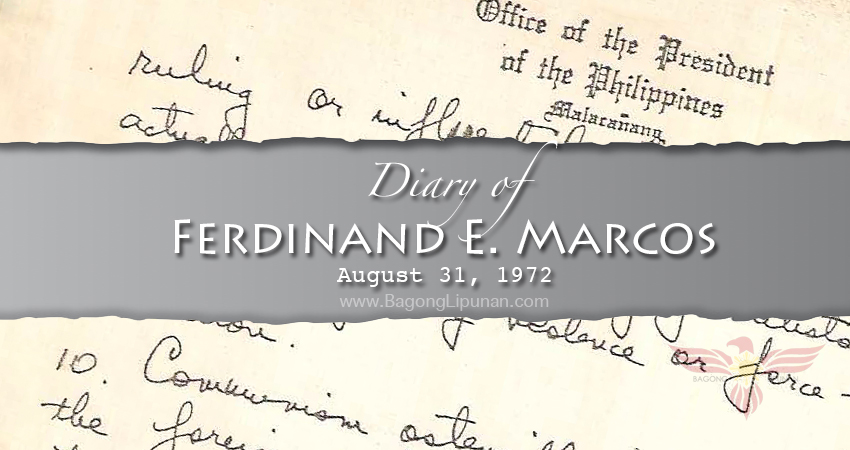 Counteraction and infiltration must be worked out.

Kokoy Romualdez arrived from the US. He reports the bankers and big businessmen of the US are exorcised about the Supreme Court decision on parity and real estate ownership. They asked to meet 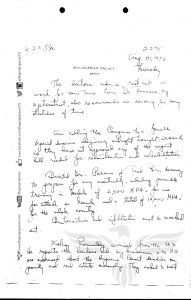 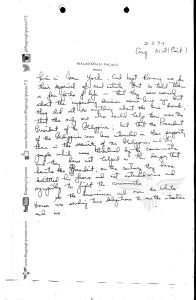 him in New York.  And kept blaming me for their deprival of real estate. But he told them a few facts of life — that there were warned about the impending decision some time ago but they did not do anything about the time bomb, that the only one who could help them was the President of the Philippines; but that the President of the Philippines was less interested in their property than in the security of the Philippines and its people which was threatened by the communists and they have not helped in this danger that haunts the President; on the contrary they have belittled his fears and not extended arms and sympathy to fight the communists.

So the businessmen and even the White House are sending two delegations to see the situation and me.