Some people asked me why I have given away my earthly possessions. I invariably answered that I did not need them but that the people did.

But I have been asking myself why has the world become so vile, so materialistic, so dirty. All is pragmatism, selfish and unedifying.  Why is there no more tenderness – all sex? Why is there no more charity – all malice? Even the clergy has become self-centered. They do not sacrifice for sacrifice’ sake, but for self-glorification like the seven bishops who had their appeal to me published in the front pages of the metropolitan dailies. If their motivation was sincere change, they could have come to me first – but they sought publicity first. The worst part is their premises were all false, I hope, from ignorance not malice. 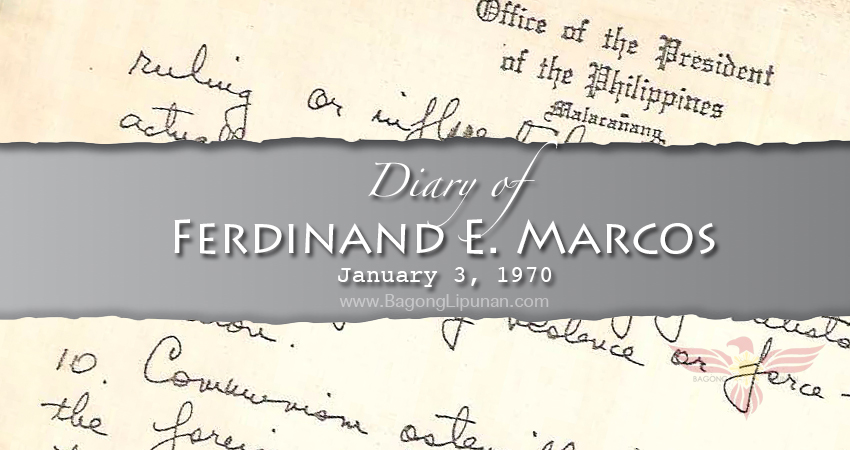 During the war in some critical phase of a battle I always asked myself what could I do which others dare not do and which would change the tide of battle. 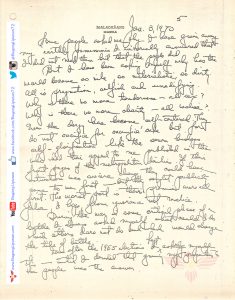 Now after the 1965 elections I kept asking myself this – until I decided that giving my properties to the people was the answer.

This would be exemplary. No one else dares to do it.

It will change the tide of the times.

Instead of pragmatism – compassion.

Instead of words – deeds.

Instead of self – the nation & humanity.

And I gather this has been the effect in the capitals of the world. 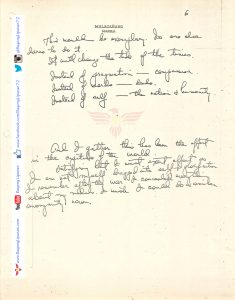 Satisfying but I must exert effort so I am not myself dragged into self-glorification. I remember after the war I concealed everything about my medals. I wish I could do a similar anonymity now.

Finalizing the foundation papers. Accounting more difficult than I thought.

Princess Tarhata Kiram and her husband gave me a memo tonight on their alleged mistreatment by the Phil. Govt. and their wish to deal directly and not thru the Phil. Govt. – as always they also asked for pocket money.

Birthday party in San Juan (Ortega) of Alita Romualdez Martel who is now _______? The Romualdezes who are all on the substantial side all had an electrocardiograph. Poor Dits had a tough time.

Boni Serrano just died from a heart attack. Have to go and see his body in Camp Crame chapel tomorrow.

Had Dr. Chamberlain to check me – all well. My blood pressure after golf – 112/80.  7:00 PM Dr. Chamberlain has been called to attend to Iñing Lopez comatose in a hotel lobby in Tokyo & again in Manila from bypoglycomia (no sugar in the blood). Bad Luck!! He is recovering.

Tomorrow, the politburo prisoners are released. Have ordered that they be placed under surveillance. The Peking-trained kids have organized a New People’s Army in Tarlac under Arthur Garcia.

Am collecting the reactions to my disposal of all my possessions to the people. 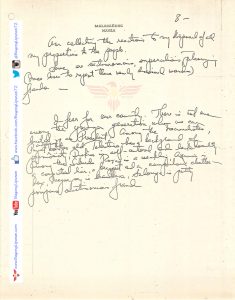 I fear for our country. There is not one among the younger generation whom we can build up as President. Among the Nacionalistas, Puyat and Lopez are too old, Tolentino has a background of promiscuity, Diokno is self-centered and lacks humility. Among the Liberals Roxas is a weakling, Aquino is a congenital liar, a braggart and a compulsive chatterbox, Magsaysay is brainless, Salonga is petty, pompous, sanctimonious fraud. 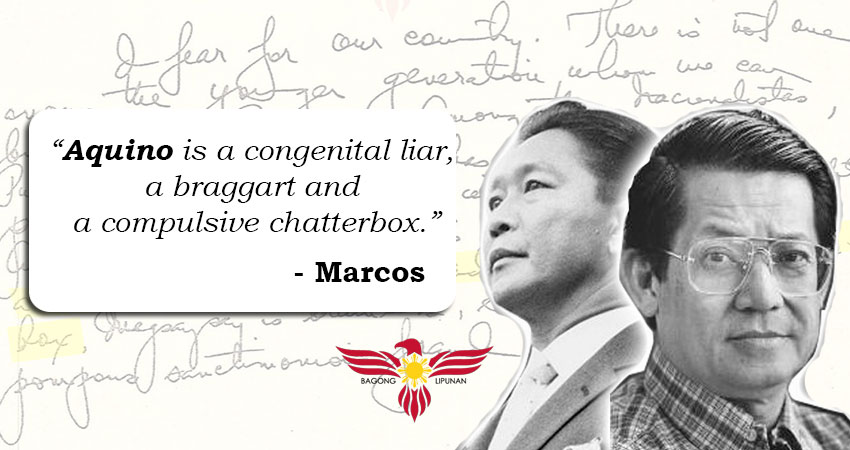