Delayed by the hurried visit of Joe Aspiras and Meling Barbero who came from the Northern bloc of congressmen and senators who want to know if there is going to be Martial Law  in 48 hours as predicted by Ninoy Aquino.

Of course Imelda and I denied it.

But Johnny Ponce Enrile, Gen. Paz, Gen Nanadiego, Kits Tatad and I with Piciong Tagmani doing the typing finished all the papers, (the proclamation and the orders) today at 8.00PM. 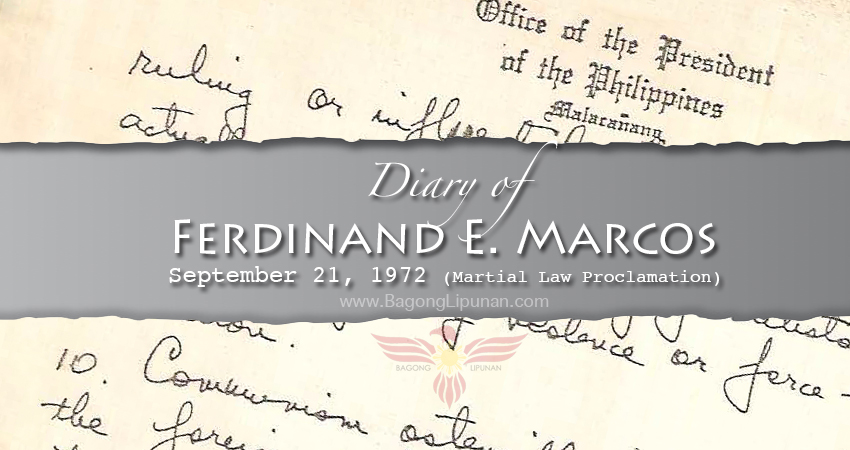 Amb. Byroade came to see me at 11.15 AM and was apparently interested to know whether there would be Martial Law.  He seemed to favor it when I explained it is intended to primarily reform our society and eliminate the communist threat.  But he suggested a proclamation before the American elections may be used by MacGovern, the Democratic Presidetial candidate as proof of the failure of the foreign policy of the present president.

I told him I did not want it said that he was intervening in internal matters of the Philippine government.  And that no decision has been arrived at but that I was under pressure and there 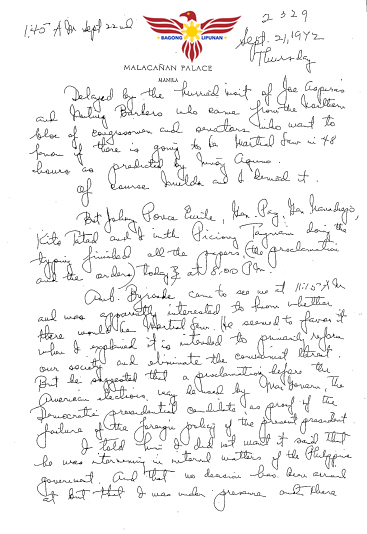 He wanted Kokoy to go ahead and work in California for Nixon.  There are 200,000 Filipino votes and California is crucial.

This morning I told him I was for:

1.  The government adopting the position on party that the title of Americans over private land was final on private parties but not to the government so that Americans could dispose of their property.

2.  On the Sisteneco (?) case, that Americans holding equity in corporations could become directors, executive managers only if the area of investment is highly technical and no qualified Filipinos are available.

3.  On the retail trade of sales of oil in bulk to industrial consumers, amendatory and clarifactory legislation is necessary. 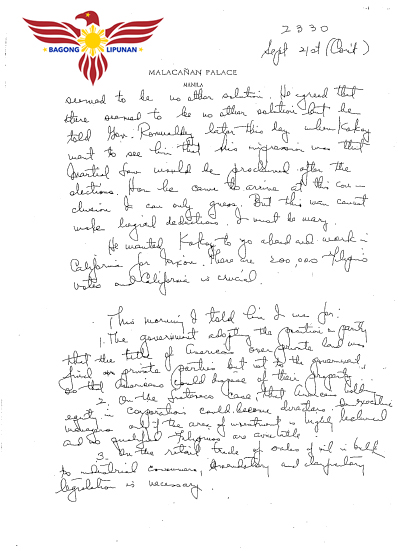 There seems to be a pipeline to Ninoy Aquino as he seems to know that the proclamation will be made this weekend.

We have to check this.  It is dangerous. Even the Concon is agog with the speculation. 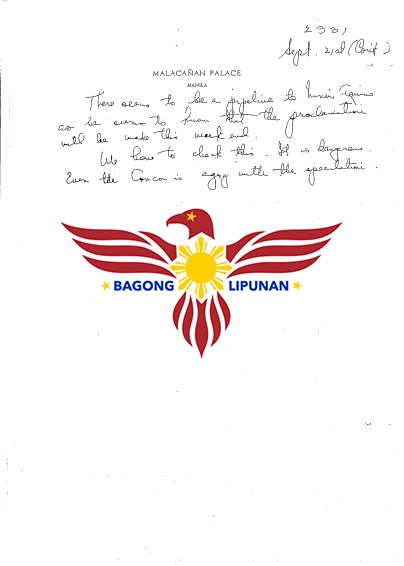 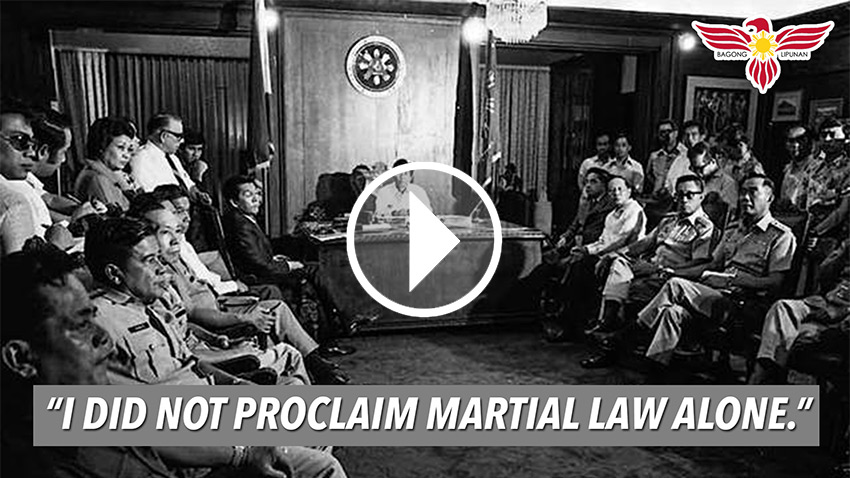