Sec. Juan Ponce Enrile was ambushed near Wack-Wack at about 8:00 pm tonight. It was a good thing he was riding in his security car as a protective measure. His first car which he usually uses was the one riddled by bullets from a car parked in ambush.

He is now at his DND office.  I have advised him to stay there.

And I have doubled the security of Imelda in the Nayon Pilipino where she is giving dinner to the UPI and AP as well as other wire services.

This makes the martial law proclamation a necessity. 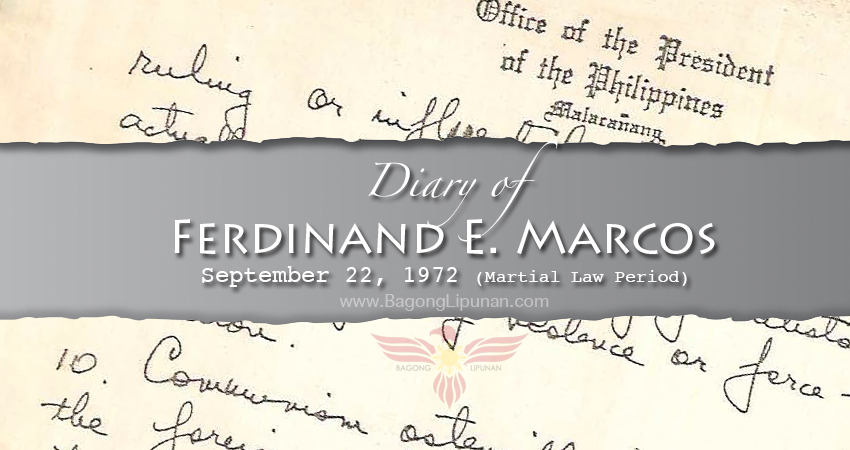 Imelda arrived at 11:35 PM in my Electra bullet proof car to be told that Johnny had been ambushed, it is all over the radio. 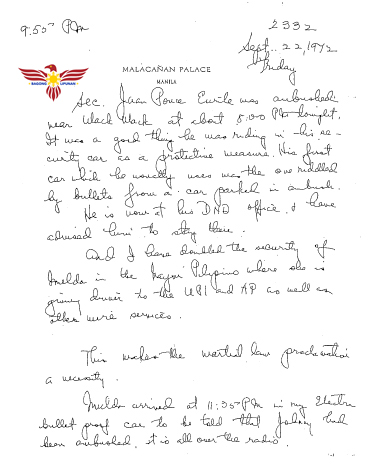 Congress is not adjourning tonight as the conference committee on the Tariff and Customs Code could not agree on a common version.  They adjourn tomorrow.

I conferred with Speaker Villareal, Roces, Yñiguez and Barbero who are going to Moscow and they are ready to leave on Sunday.  So they are decided to finish the session same.

Senate President Gil Puyat insists that the next special session be early January.

And they will not be able to pass the urgent bills like the rehabilitation bill. 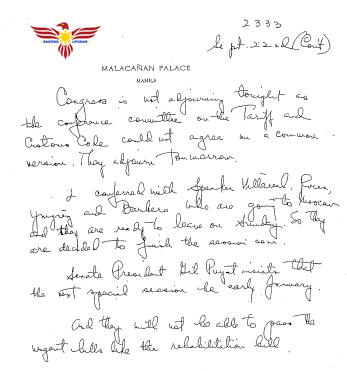