The second day without any reported crime and an almost unanimous endorsement of the proclamation of martial law.

Amended Proclamation No. 1081 and Gen. Order No. 2 and issued a statement on the validity of obligations and past contracts.

Spoke to the separate unit commanders and the major service commanders at the ceremonial hall: The proclamation of martial law is a constitutional exercise of power; it is not a coup d’etat nor military take over, it being a legitimate exercise of power, the government is a constitutional government, the reforms are necessary to win the battle because this battle is not just the battle with guns but the minds and hearts of our people, that reform will counteract subversion which is the bigger battle; that the use of media a legitimate necessity. 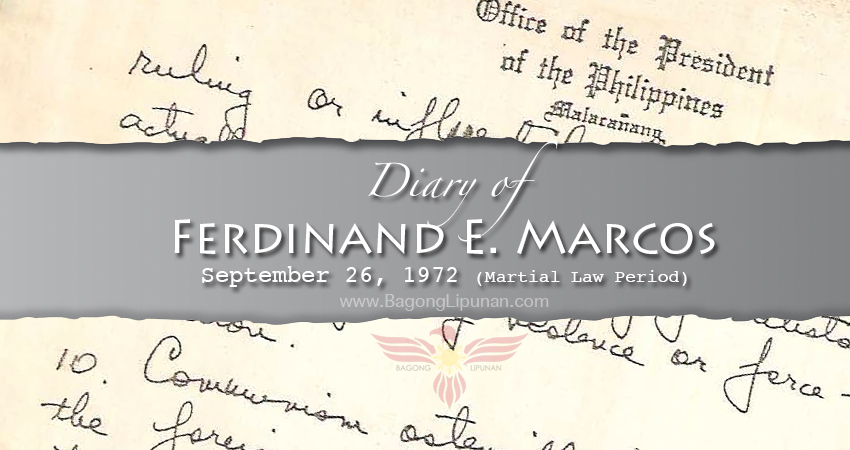 Then finished the decree of reform and the abolition of the PSC and removal of GAB chairman Montano.

In the afternoon I gave the first interview to Tillman Durdin of the New York Times and later to the UPI Vic Maliwanag and Pat Killen.

They asked how long it would last –I will keep it only as long as necessary- “To dismantle the communist apparatus” and this includes the reforms I envision.

For a corrupt government cannot long last -or a sick and criminally infected society.

“I hope before the end of my term.”

The Con Con and Congress continue. The power of the President merely augments the deficiencies. 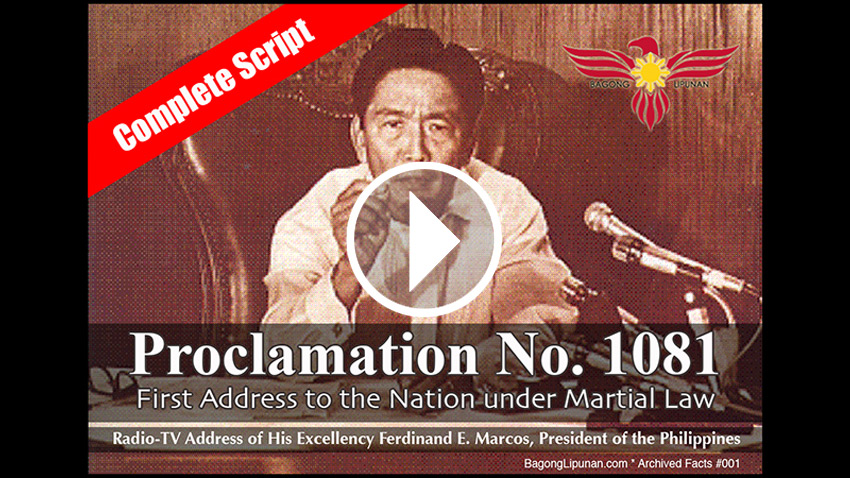