Sec. Vicente Abad Santos on the removal of judges: He is against the outright dismissal of civil service employees.

But I have decided to amend the civil service rules so as to add two new categories of punishment without going through a final hearing in addition to dismissal by an investigator. These are removal of those against whom charges are pending in which the evidence of guilt is strong and those that are notoriously undesirable so that it can be taken judicial notice of.

CIR judges have been removed except Judge Veloso and Paredes. 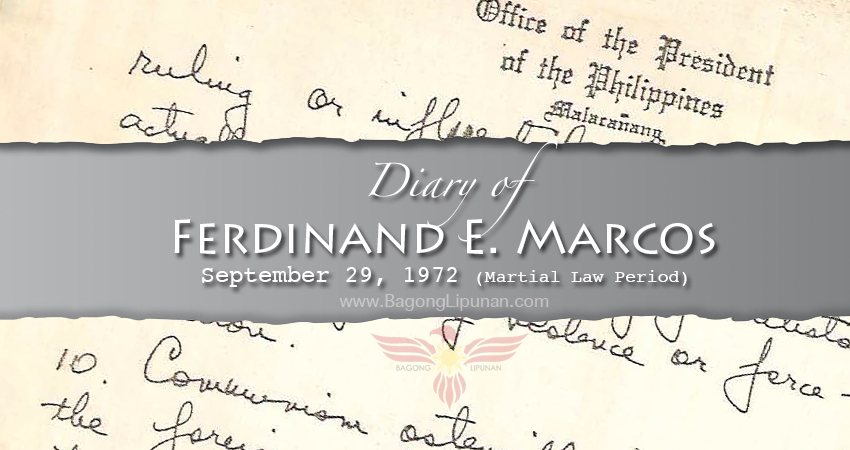 Kokoy reports that the International Press has become favorable.

Increased the allowances of the officers and men of the AFP.

Imelda is working on the commissary for the AFP.

Prices have gone down except sugar which is not available.

Tony Roxas Chua, the principal sugar trader has been arrested with others for price fixing.

Am writing Pres. Nixon on the reasons for Martial Law.