To my children, Imee, Bongbong and Irene:

Why I am fighting Communism

2. Under communism, a man has no rights. He is a creature of the State. It is the State that is glorified not man. So man becomes a slave under communism. 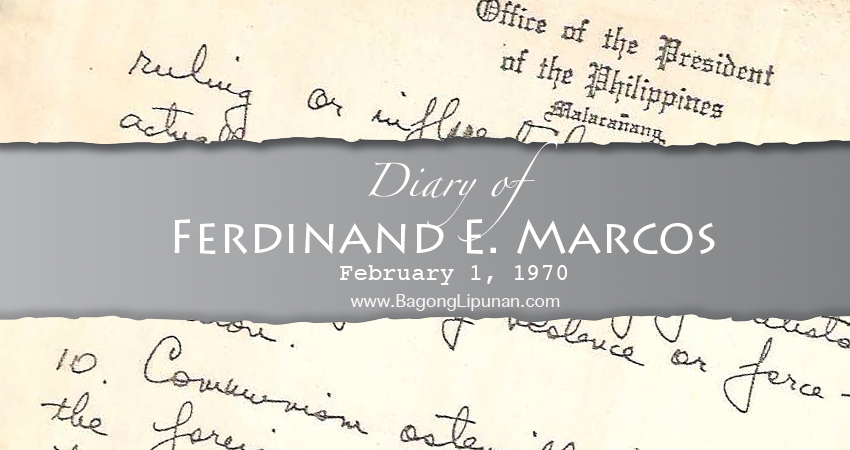 3. Under communism, a man has no freedom. In contradistinction to democracy where individual freedom is sacrosanct, communism does not allow such simple liberties as freedom of thought, speech and religion among many others. There is no such thing as dissent or debate or dialogue. 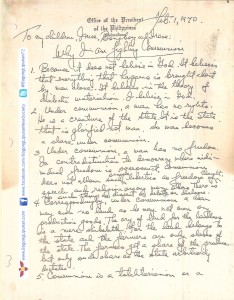 4. Correspondingly, under communism a man may own no land as he may not own any production goods. The cry of land for the landless is a mere shibboleth. For the land belongs to the state and the farmers are only slaves of the state. The farmers get a share of the produce byt only such share as the State arbitrarily dictates.

5. Communism is a totalitarianism or a dictatorship by the elite who have acquired power through force, killing, murder and coercion. Prime examples are Stalin and Mao Tse Tung.

6. Correspondingly the common people that communism is supposed to serve do not have any share in government nor in decision-making. Communism does not allow such simple processes as an election or voting or political campaigns. Everything is dictated by the few or the man on top who got there by force or violence. 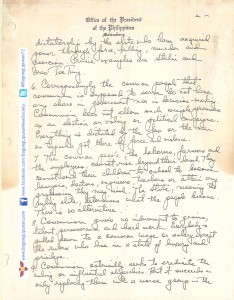 7. The common people, the laborers, farmers and the employees, cannot rise beyond their level. They cannot send their children to school to become lawyers, doctors, engineers, teachers or attain any profession they may wish. The State, meaning the ruling elite, determines what the people become. There is no alternative.

8. Communism gives no inducement to genius, talent, perseverance and hard work. Everybody is pulled down to a common wage or salary except the rulers who live in a state of luxury and privilege.

10. Communism ostensibly seeks to drive away the foreign colonialists in the Philippines, the Americans. But it would place the Philippines under a new alien power – Red China, which is worse. Our country should be free and not dominate by any alien power. 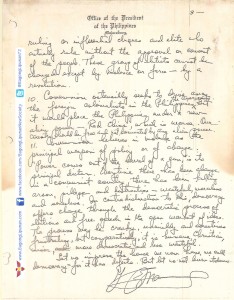 11. Communism believes in violence as the principal weapon of policy or of change. “Power comes out of the barrel of a gun,” is its principal dictum. Everytime there has been change in a communist country, there has been killing, arson, pillage and destruction – wasteful, merciless and senseless. In contradistinction to this, democracy offers change through the democratic process of elections and free speech in the open market of ideas. The process may be creaky, unwieldy and sometimes frustrating, but comparatively, it is humane, Christian, wiser, more democratic and less wasteful.

Let us improve the house we now have, [which] we call democracy – for it has defects. But let us not burn it down. 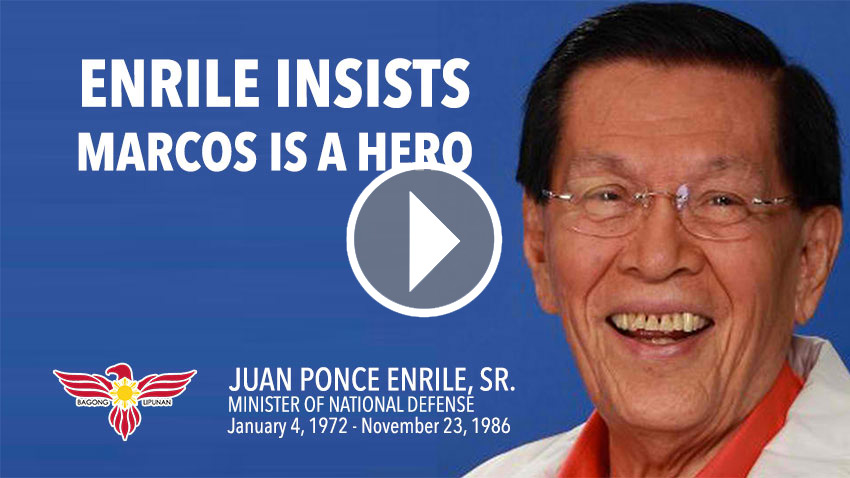