Some loyalists preferred Davao City Mayor Rodrigo Duterte to be in tandem with Senator Bongbong Marcos.  But because of the recent strong statement of Mayor Duterte, loyalists are now supporting Senator Miriam Defensor-Santiago.
Mayor Duterte made a statement during PDP-Laban party’s proclamation rites that if they will not vote for Cayetano then they should also not vote for him.
Duterte said, “He has always been with me. He is good. He is intelligent… Kung hindi kayo boboto kay Alan, huwag n’yo akong botohin”.
He also added that if he wins and Senator Alan Cayetano won’t be his vice president, he might first get rid of that person.
“Uunahin ko talaga,” Duterte said.
Because of those statements, loyalists think that if Senator Bongbong Marcos wins, he might have a hard time doing his job as the Vice-President if Mayor Duterte is the president.   Thus, loyalists are now in full support of Senator Miriam Defensor-Santiago, who trusted Senator Marcos to be her running mate. 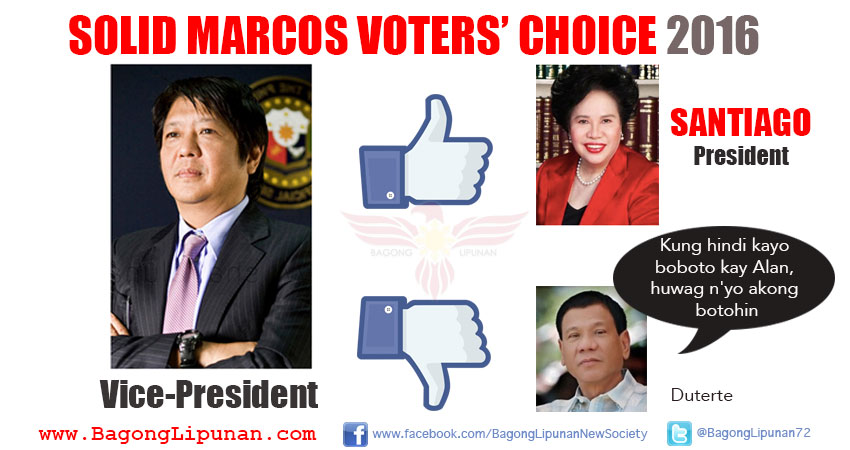