“Investors are assured that the PGIN has transparent, predictable and reliable transactions. They will not have to worry that their investments will go in disarray.” 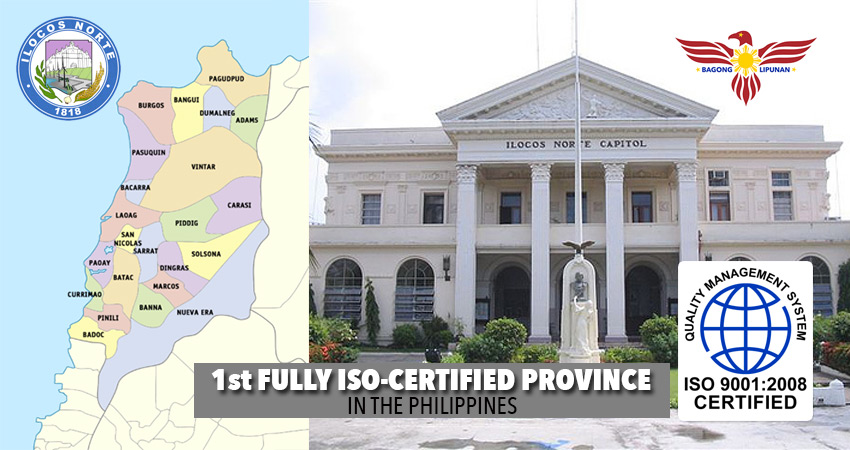 The constant implementation of a document tracking system that efficiently manage documented transactions and the major renovation of government buildings including the Ilocos Norte Provincial Jail contributed to the certification.

The auditing team evaluated 30 offices and departments that comprise the provincial government of Ilocos Norte (PGIN). The seal was conferred on February 1, a day before the province’s 195th founding anniversary.

It was the provincial government of Cavite which was granted the first ISO seal for local government units on May 2012, but the compliance seal covered only four key offices – the Governor’s Office, Treasury, Assessor’s Office and the Office of the Sangguniang Panlalawigan.

Luisito Arada, the head of the 4-man auditing team from TÜV NORD Philippines, conferred the certification during a program held at the provincial capitol.

TÜV NORD is an international management systems certifying body founded in Germany in 1869.

The team assessed the competence and performance capability of each office based on the ISO 9000 series of quality management standards.

The auditing team said they identified several good practices throughout the course of the evaluation that included the implementation of the document tracking system for good monitoring and management of all documented transactions at the provincial capitol.

“This system (PGIN’s document tracking system) is good because you are using software and computer programs,” Arada said.

Governor Imee Marcos said she was delighted that a small province situated far from the country’s capital city has achieved an ISO certification.

Marcos considers the certification as the greatest gift of the province on its 195th birthday.

She said the ISO certification will provide an advantage for the provincial government in getting more investors who will put up businesses in Ilocos Norte.

“Investors are assured that the PGIN has transparent, predictable and reliable transactions. They will not have to worry that their investments will go in disarray,” Marcos said. 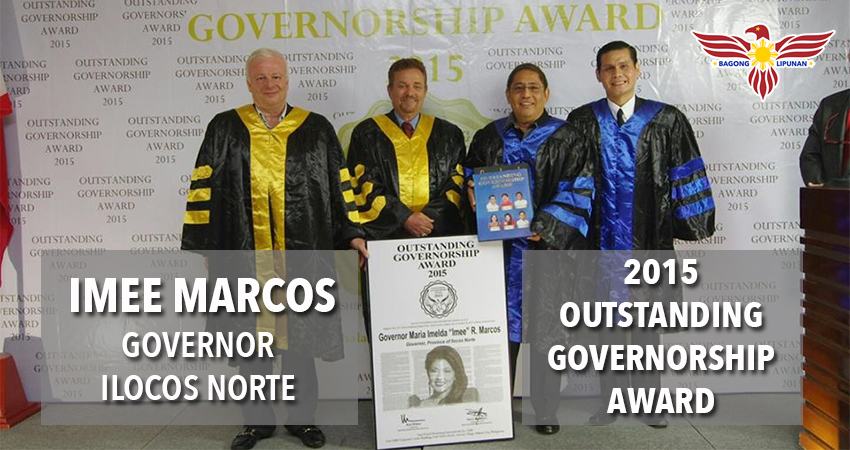