LETTER OF INSTRUCTION NO. 1

In view of the present national emergency which has been brought about by the activities of those who are actively engaged in a criminal conspiracy to seize political and state power in the Philippines and to take over the Government by force and violence the extent of which has now assumed the proportion of an actual war against our people and their legitimate Government, and pursuant to Proclamation No. 1081 dated Sept. 21, 1972, and in my capacity as commander-in-chief of all the armed forces of the Philippines and in order to prevent the use of privately owned newspapers, magazines, radio and television facilities and all other media of communications, for propaganda purposes against the government and its duly constituted authorities or for any purpose that tends to undermine the faith and confidence of the people in our Government and aggravate the present national emergency, you are hereby ordered forthwith to take over and control or cause the taking over and control of all such newspapers, magazines, radio and television facilities and all other media of communications, wherever they are, for the duration of the present national emergency, or until otherwise ordered by me or by my duly designated representative. 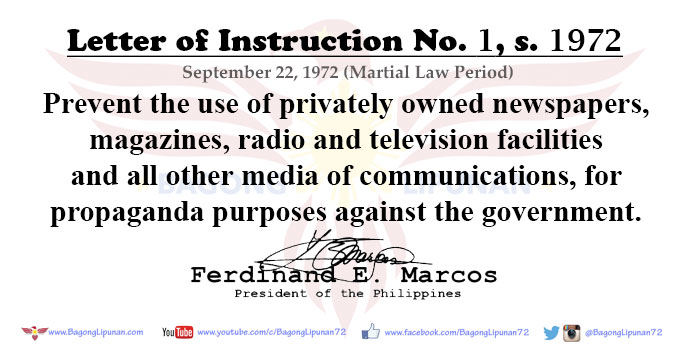 In carrying out the foregoing order you are hereby also directed to see to it that reasonable means are employed by you and your men and that injury to persons and property must be carefully avoided.

Done in the City of Manila, this 22nd day of September, in the year of Our Lord, nineteen hundred and seventy-two. 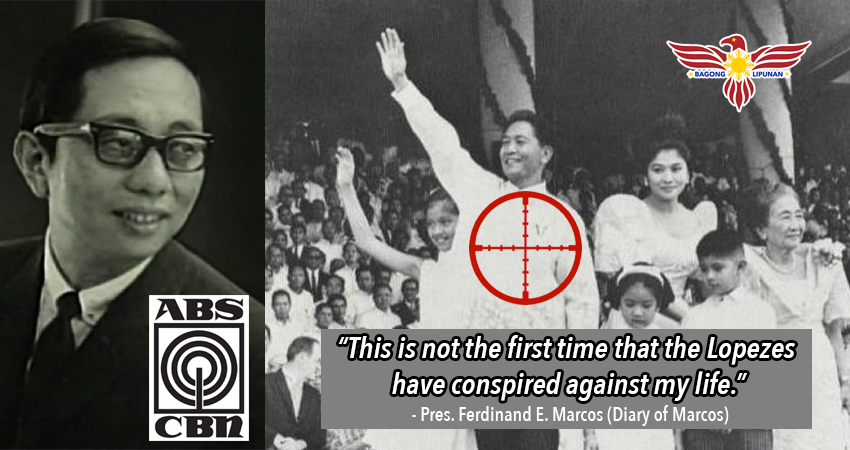