“The real success of Ferdinand Marco’s infrastructure legacy is his vision and legacy of building so much within a span of time, at such quality, and with such cohesive planning.” 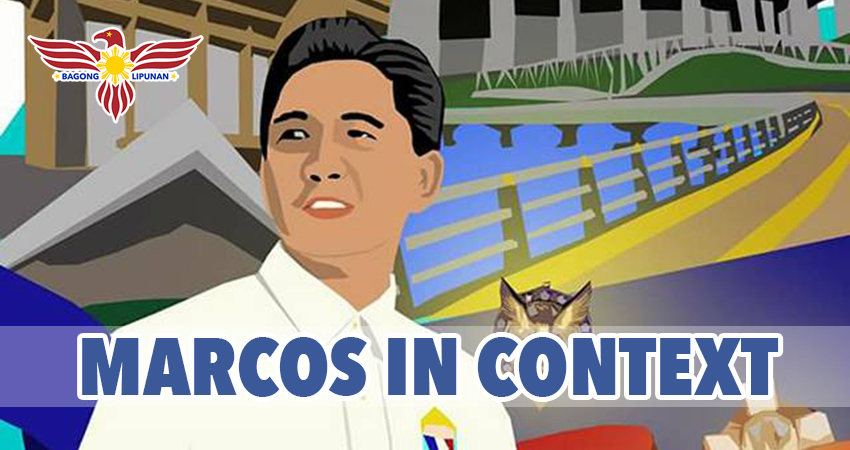 The Marcos burial at the Libingan ng mga Bayani has sparked a polarizing, heated debate. Much of the protests are based on the abuses committed by the military during Martial Law. I remember that the theory proffered by the previous administration against FM was that while there was no direct evidence linking him to the abuses during that time, he was responsible for creating a climate which fostered such violations. However, as one of those who was already an adult during that era, I can say that the FM’s decision then to declare Martial Law was a prudent decision which any self-respecting leader could have made under the same circumstances. During that time, the communist movement was practically knocking at the doorstep of Metro Manila. This was during the time that the Communist movement was at its peak and the South East Asia Treaty Organization was still in existence. The Seato was a response to the demand that Southeast Asia be protected against communist expansionism, especially as manifested through military aggression in Korea and Indochina and through subversion backed by organized armed forces in Malaysia and the Philippines. The worldwide threat of communism at that time provided the violent context by which Martial Law was declared, something that is lost in the debate.

Moreover, there is no question that it was during the time of FM that much of the beloved infrastructure that we are still using now was built. Setting aside the fact that he was the longest serving president, a study found that on a per-year basis, he led all the presidents in infrastructure investments. Only Fidel Ramos bested him in road building for a period of one year. FM’s infra record was not only marked by sheer volume; they were of quality and interrelated and complemented sector-development objectives. If one is familiar with the Quezon City area, you can locate our specialty hospitals, such as the Philippine Heart Center, Lung Center of the Philippines, and the National Kidney and Transplant Institute, just across each other. Road networks and bridges that are still being used now were constructed during FM’s time, such as, the Manila North Diversion Road, precursor of the North Luzon Expressway (Nlex), the Marcos Highway to Baguio and the San Juanico Bridge that links the islands of Samar and Leyte. In order to foster our cultural heritage, FM’s administration built the Cultural Center of the Philippines, Folk Arts Theatre, Philippine International Convention Center, Makiling Center for the Arts (National Arts Center), Malacañang ti Amianan in Laoag, Nayong Pilipino, Museum for Native Art in Tacloban, and Palace in the Sky. I read an anti-Marcos argument that goes along the line that FM’s supporters should not use his infra-building record to claim that he is the best president we ever had since those were built using public funds anyway. This line of reasoning totally misses the point. The real success of FM’s infrastructure legacy is his vision and legacy of building so much within a span of time, at such quality, and with such cohesive planning. After all, all our previous presidents also had at their disposal public funds to build the proper infrastructure – but were they able to match FM’s infra success rate?

And let us not forget Masagana 99, against the backdrop of the previous administration’s repeated failure to achieve its promise of rice self-sufficiency. Masagana 99  promoted the planting of  varieties of rice developed by the International Rice Research Institute. It was so called because of the target of 99 cavans [4,900 kilos] per hectare per season for irrigated rice. That was the only time that the Philippines achieved rice self-sufficiency and it was even able to export rice from 1977-1978.

I do not imagine the preceding to be enough to persuade anti-Marcoses to change their mind. Nor it is my intention. I have come to accept that when it comes to this issue, everything is yellow to the jaundiced eye. I only ask that all our arguments, too much colored by emotion, be put in the proper context that was prevailing at that time. 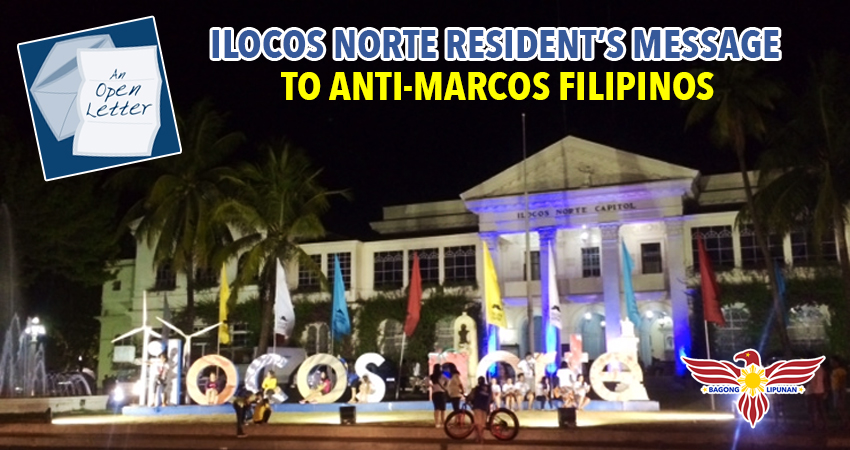