October 7, 2016 Catalyst Did You Know That (DYKT) Leave a comment

Maximum Penalty for Possession of Unlicensed Firearms is DEATH 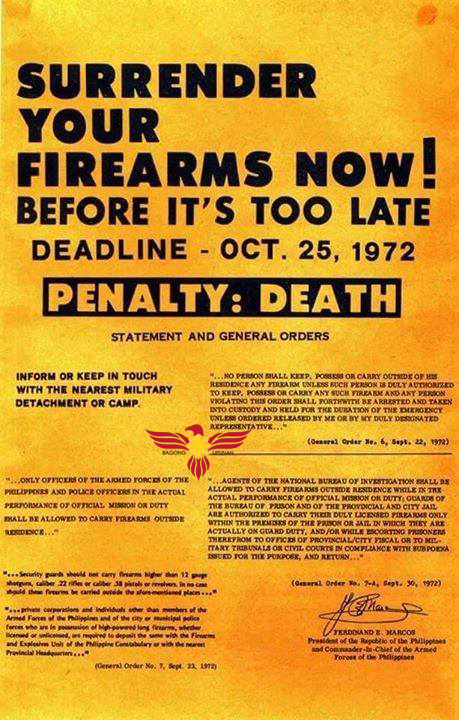 “…no person shall keep, possess or carry outside of his residence any firearm unless such person is duly authorized to keep, possess or carry any such firearm and any person violating this order shall forthwith be arrested and taken into custody and held for the duration of the emergency unless order released by me or by my duly designated representative…”

“…Security guards should not carry firearms higher than 12 gauge shotguns, caliber .22 rifles or caliber .38 pistols or revolvers. In no case should these firearms be carried outside the aforementioned places…”

“…private corporations and individuals other than p members of the Armed Forces of the Philippines and of the city or municipal police forces who are in possession of high-powered long firearms, whether licensed or unlicensed, are required to deposit the same with the Firearms and Explosives Unit of the Philippine Constabulary or with the nearest Provincial Headquarters…” 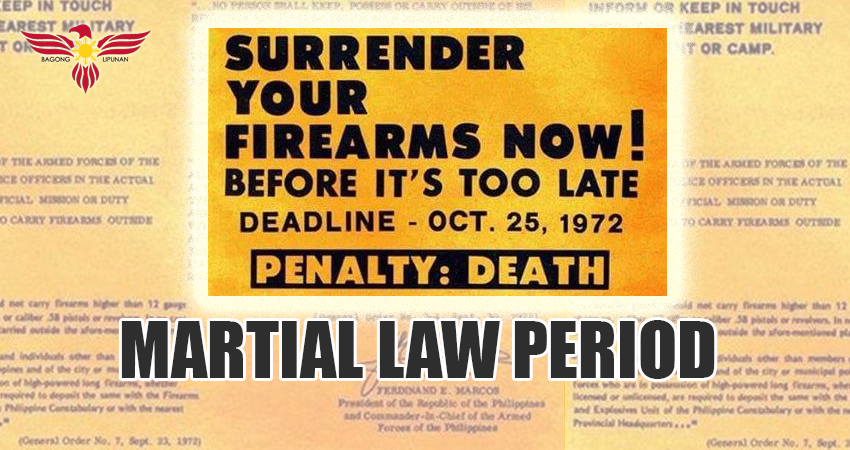 “…Agents of the National Bureau of Investigation shall be allowed to carry firearms outside residence while in the actual performance of official mission or duty; Guards of the Bureau of Prisons and of provincial and city jails are authorized to carry their duly licensed firearms only within the premises of the prison or jail in which they are actually on guard duty, and/or while escorting prisoners therefrom to offices of provincial/city fiscals or to military tribunals or civil courts in compliance with subpoena issued for the purpose, and return…”
(General Order No. 7-A, September 30, 1972)