Nayong Pilipino or the “Philippine Village” was conceived by former First Lady Imelda R. Marcos and her committees of Filipino planners and architects to propagate Filipino traditions and to promote domestic tourism. The site of the original Nayong Pilipino was located in MIA Road, Pasay City, adjacent to the airport complex.

Nayong Pilipino Foundation (NPF) was initially registered with the Securities and Exchange Commission (SEC) on May 21, 1969 as a non-stock, non-profit institution.  It was inaugurated on June 11, 1970.

On November 6, 1972, Nayong Pilipino was formalized as a government-owned and controlled corporation (GOCC) by virtue of Presidential Decree (P.D.) No. 37.  Subsequently, on December 16, 1991 under Executive Order (E.O.) No. 497, NPF was made an attached agency of the Department of Tourism (DOT) for policy coordination. 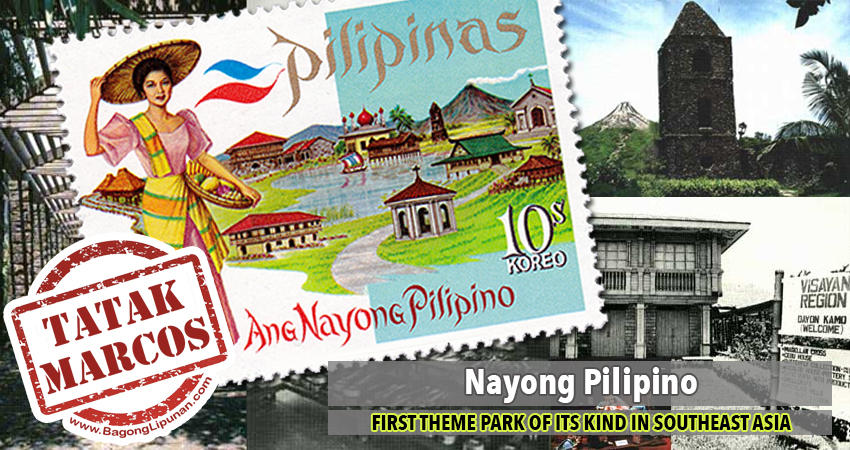 Pasay Park operations ceased in 2002 while Nayong Pilipino in Clark Expo, established at the Clark Expo Site in 2006, made NPF its manager and operator.

In 2007, E.O. 615 mandated the transfer of the Pasay park to the 15-hectare property of the Philippine Reclamation Authority area in Parañaque, and the transfer of the 15 hectares of the Nayong Pilipino Foundation property to the Philippine Reclamation Authority. E.O. 58 followed this in 2011, instructing NPF to transfer its remaining 22.3 hectares in Pasay City to the Manila International Airport Authority.

At present, parks in operation under the foundation are Nayong Pilipino Clark Expo and Nayong Pilipino Rizal Park, formerly the Orchidarium, now used as an interim head office facility.