In 1957, Stanvac started constructing a refinery in the province of Limay, Bataan to meet the country’s growing fuel needs. At the time of its inauguration in 1961, it had a refining capacity of 25,000 barrels of crude oil per day.

The end of Standard Oil and Socony Vacuum’s partnership in 1962 gave birth to Esso Philippines. In 1973, the Philippine National Oil Company (PNOC) acquired Esso Philippines at the height of the first oil crisis and renamed it Petrophil Corporation. 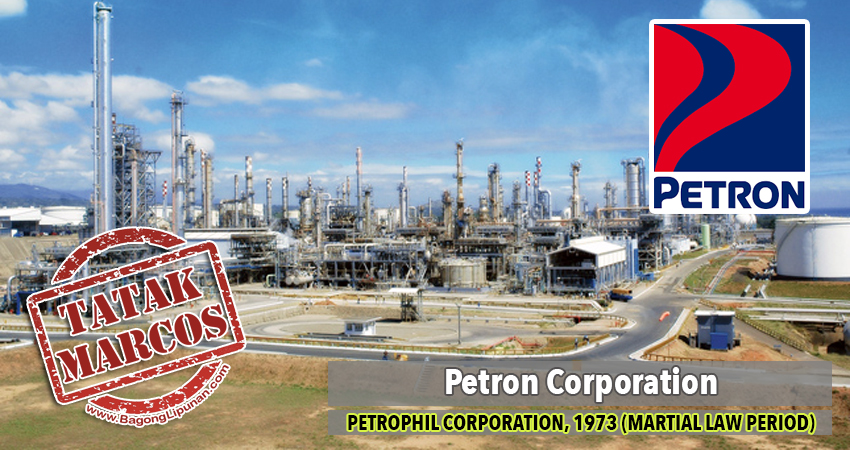 In February 1988, Petrophil was rechristened Petron Corporation. Amid the most difficult and trying times that the country faced, including the Gulf War of 1991, Petron readily worked hand-in-hand with the national government in ensuring an uninterrupted and reliable supply of petroleum products.

The 1990s saw the full deregulation of the local oil industry. In preparation for this, PNOC partnered with the world’s largest crude oil producer, Saudi Aramco, to give Petron a reliable crude supply and access to state-of-the-art refining and marketing technology.

In 1994, PNOC and Saudi Aramco signed a stock purchase agreement that gave Aramco 40% ownership of Petron. In the same year, 20% of PNOC shares were sold in what was dubbed as the “mother of all initial public offerings (IPOs)” in the Philippines. 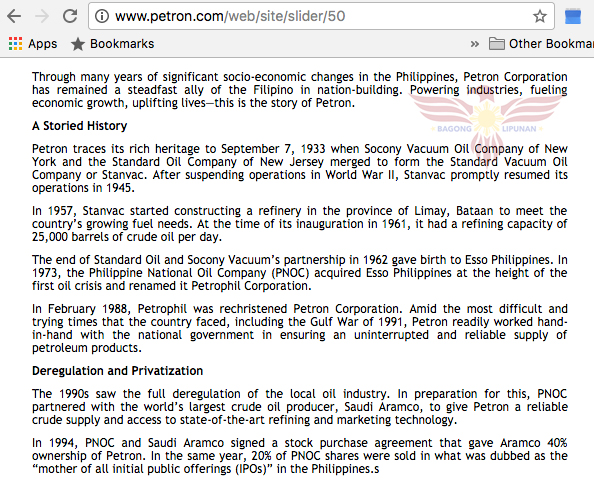 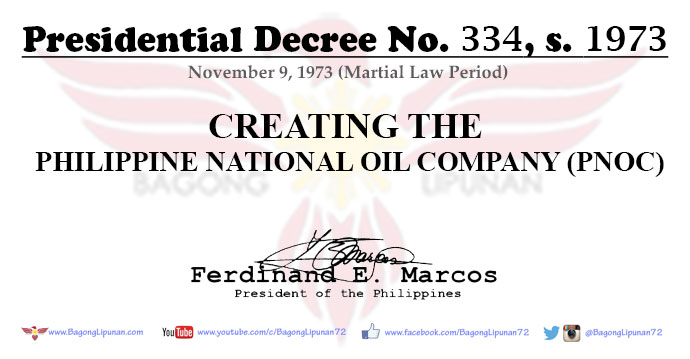