MALACAÑANG
RESIDENCE OF THE PRESIDENT OF THE PHILIPPINES
MANILA

BY THE PRESIDENT OF THE PHILIPPINES

EXCLUDING FROM THE OPERATION OF PROCLAMATION NO. 423, DATED JULY 12, 1957, WHICH ESTABLISHED THE FORT BONIFACIO MILITARY RESERVATION A CERTAIN PORTION OF THE LAND EMBRACED THEREIN SITUATED IN THE MUNICIPALITY OF TAGUIG, PROVINCE OF RIZAL, AND RESERVING THE SAME FOR NATIONAL SHRINE PURPOSES.

Upon the recommendation of the Secretary of Agricultural and Natural Resources and pursuant to the authority vested in me by law, I, FERDINAND E. MARCOS, President of Philippines, do hereby exclude from the operation Proclamation No. 423 dated July 12, 1957, which established the Fort Bonifacio Military Reservation situated in the municipalities of Pasig, Taguig and Parañaque, Province of Rizal, and Pasay City, a certain portion of the land embraced therein situated in the municipality of Taguig, and reserve the same for national shrine purposes the administration of the National Shrines Commission, subject to private rights, if any there be, and to future survey, which portion is more particularly described as follows: 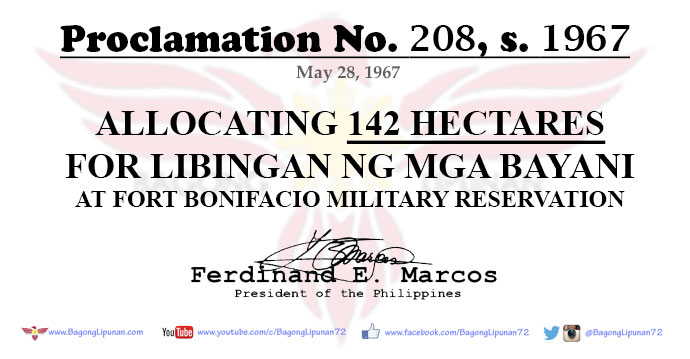 NOTE: ALL DATA are approximate and subject to change based on future surveys.

IN WITNESS WHEREOF, I have hereunto set my hand and caused the seal of the Republic of the Philippines to be affixed.

Done in the City of Manila, this 28th day of May, in the year of Our Lord, nineteen hundred and sixty-seven. 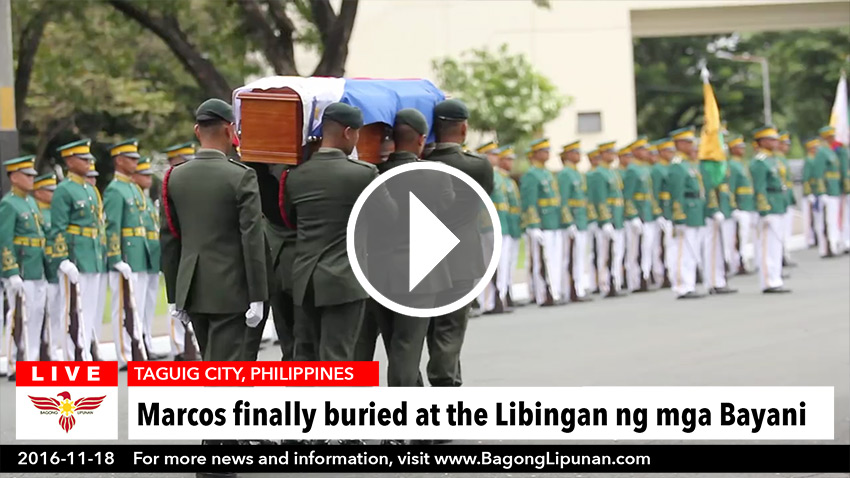