Truth about why Congress was abolished during Martial Law period

When martial law was declared, the Constitutional Convention, by virtue of an Act of Congress in 1971, was in the process of drafting a new Constitution.  The final draft was adopted by the Convention on November 29, 1972.  This was ratified and proclaimed by President Marcos on January 17, 1973.  With the proclamation of a new Constitution, the presidential form of government was changed to a modified parliamentary form.  Congress was abolished and was replaced by an elected unicameral National Assembly, known as Batasang Pambansa. 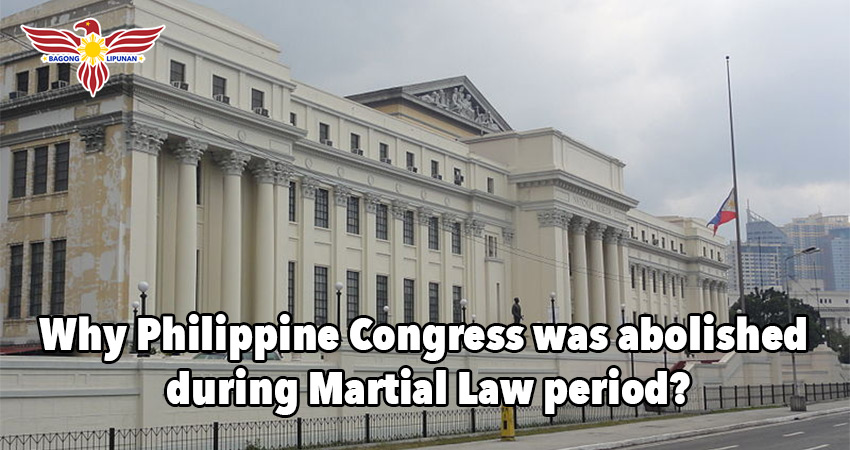 The Batasang Pambansa was made up of a maximum of 200 Members elected from different provinces with their component cities, highly urbanized cities and districts of Metropolitan Manila, appointed representatives from various sectors such as the youth, agricultural and industrial labor sectors, and those chosen by the President from the members of the Cabinet.  The Members had a term of six years. 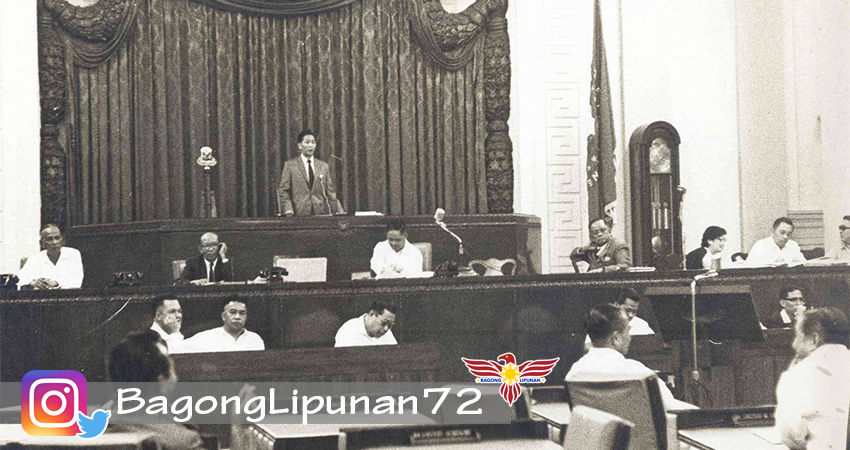