February 7, 2017 Catalyst Did You Know That (DYKT) Leave a comment

Who really won in the 1986 Philippine Snap Elections?

According to the research done by “The Walking Encyclopedia“:

The 1986 Snap Elections is one of the most controversial elections in the history of the Philippines. This election is pursuant to the declaration of President Ferdinand E. Marcos to conduct a Snap Election which he announced through an interview by the American Broadcasting Company political affairs program “This Week with David Brinkley” in November 1985. President Marcos believed his early “re-election” would solidify United States support, silence his critics in the Philippines and the United States, and perhaps banish the ghost of Benigno S.  Aquino, Jr. The Snap Elections was set on February 7, 1986. 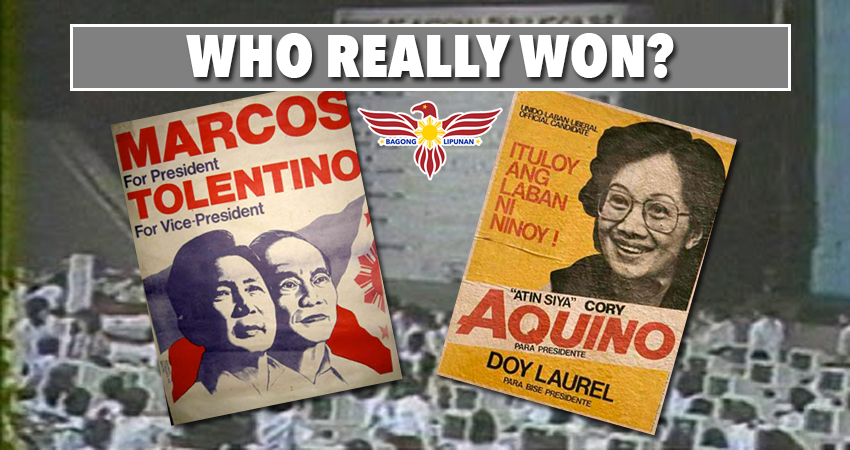 The results of the election according to the Commission on Elections (COMELEC) which was chaired by Ramon Felipe are as follows:

The results showed that Ferdinand Marcos won the elections against Corazon C. Aquino with a margin of 1,515,436 votes. This “massive election fraud” by the Marcos Government which was condemned by the majority of the Filipino populace caused the mass walk-out of computer analysts and tabulators from the PICC. The tabulation of votes was not finished because of this incident. The official tabulator of votes and has the power to proclaim the winners of the Snap Elections is the Batasan Pambansa which is also dominated by Marcos loyalists. They declared Marcos and Tolentino as the victors of the elections. This has caused massive uproar from all sides of the political and social spectrum since the election results are very questionable.

The true result of the elections was Corazon Aquino never won the 1986 Snap Elections. It was won by strongman Ferdinand E. Marcos with a margin of 782, 002 votes. It was thought that Marcos cheated the elections because his Solid North votes were transmitted very late to the tabulation center at the PICC. The Ilocano votes were enough to overwhelm Aquino’s lead in Metro Manila and other places. The votes from the Ilocos and Cagayan Regions were transmitted late to Manila because Marcos’ followers hanged two of NAMFREL’s volunteers on a tree in Ilocos. By the time that the votes were transmitted to PICC, Marcos’ votes overcame Aquino’s lead which gave rise to cries of cheating.

On the account of Antonio S. Lopez (a noted journalist and Editor-in-Chief of BizNews Asia), “The canvassers claimed Marcos was cheating and so led by the wife of a RAM major, walked out, as if on cue. The day before the celebrated incident, we, foreign correspondents, had been alerted about the planned walkout and to be there to cover it.”

In February 1986 Snap Elections, the INCOMPLETE unofficial vote count by NAMFREL showed Corazon C. Aquino leading by about 800,000 votes against Marcos mainly, because most of the votes came from her strongholds. The tabulation of votes was not finished because of the massive walk-out. NAMFREL bought full-page newspapers on February 24, 1986 proclaiming Cory the president by virtue of the People Power Revolution or the EDSA I (there was no mention of the official vote count). Tuesday morning, February 25, 1986, at the Club Filipino in Greenhills, Mrs. Aquino was sworn in to office by Supreme Court Associate Justice Claudio Teehankee as the 11th President of the Republic of the Philippines.

The OFFICIAL vote count by the NAMFREL (after Marcos left Malacañang and went directly to Paoay, Ilocos Norte. Yes, NOT Hawaii) which was headed by Jose Concepcion, Jr. (rewarded later by Mrs. Aquino to become her Trade Secretary) are as follows:

Marcos won the Snap Elections against Aquino with a margin of 782, 002 votes. Therefore, Ferdinand E. Marcos is the de jure President of the Republic of the Philippines and Corazon C. Aquino is the de facto President. Aquino disregarded the 1973 Constitution and proclaimed a Freedom Constitution which was written by Neptali Gonzalez, Sr., who was then Aquino’s Justice Secretary, to sidetrack critics from questioning her legitimacy.

There are many questions linger until now. What would have happened to the Philippines if Marcos and Tolentino were the leaders until 1992? Who could have “inherited” the reins of power after that? Will the Philippines be a different country walking head-to-head with First World Nations? Nobody really knows. One could only speculate. Others would say “If only…” while others are thankful that it didn’t happen. What about you? What do you feel? Thankful or Regretful? 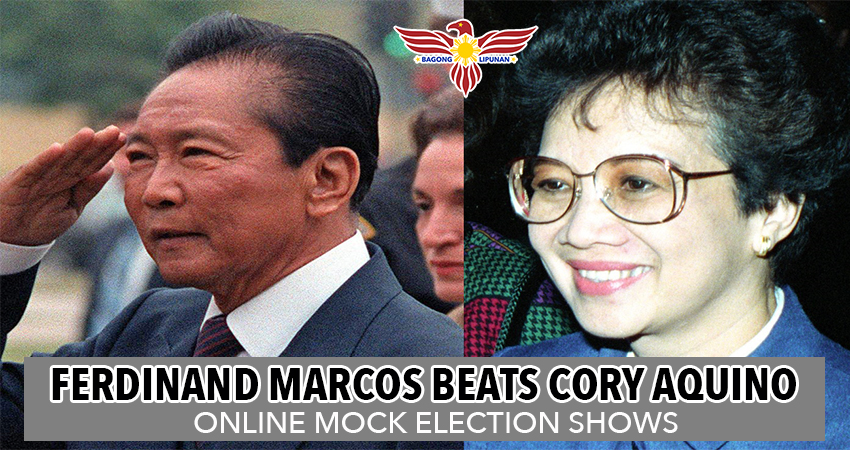